Λύκος
R U a Ducatista? 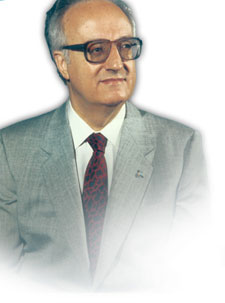 Reduce to the Max
Κορυφή

Mike The Bike at Mallory ..... his own words


After what had turned out to be the most momentous week in an already remarkable life, Mike Hailwood wrote down his reactions after his TT and Mallory Park comeback victories for Britain's Motor Cycle Weekly magazine. Here's how he saw it.

"Basically, the whole TT business was a bloody silly idea that turned out reasonably good. I would like to stress however that not once during the whole TT period did I stick my neck out. Not once did I have a full-out go - I always had a lot in hand. At most, I rode at eight-tenths, so I'm naturally delighted I was able to lap reasonably fast. But obviously Mallory was a different matter."

"Steve Wynne of Sports Motorcycles had told me the Ducati wasn't suited to Mallory - very long wheelbase, and not so much acceleration as the best four-cylinder bikes. So when he agreed to me racing the bike there, he warned me not to expect to win. I really went to Mallory without a great deal of hope. I hadn't raced there for eight or nine years, remember, and the only practice I got was two ten-minute periods in the morning. I don't think I covered more than a dozen laps in all!"

"After the first session, Steve asked me what needed changing. I asked him to lop half an inch off the footrests, and to up the gearing by a tooth on the gearbox sprocket. The Ducati handles so well that I'd been digging the footrests in all over the place, and the gearing was definitely too low. So they set to work with the spanners, and in the second session I was second fastest to John Cowie on a Kawasaki. He was flying, and he had the advantage of also racing in the 250cc class, where he finished a close second to Chas Mortimer, so I thought he was going to win it."

"Steve told me to go easy on the clutch at the start - apparently, it's not the Ducati's best point, and he thought that if I caned it, it might pack up. So I took it easy, and was about tenth going into Gerards (the first turn). I thought I'd blown it then. I really didn't think I'd be able to get by all those blokes weaving and scratching around in front of me. But once I got going, I managed to scrabble by the field, until I caught up with Cowie and Phil Read, who were battling for the lead. We both got past Phil on the same lap, and I was making my big effort when we caught up with a lapped rider at Gerards. John was baulked, which allowed me to close right up. I outbraked him going into the Esses, and when I looked round a lap later, I had a nice lead, to the flag."

"Mind you, my poor old toes took a hammering! I wore my right little toe down to the bone going round Gerards. I must say I was surprised and very pleased to have won. In some ways I was just as happy about my Mallory win as I had been about the TT. It's one thing to win in the Isle of Man, where people could always say it was because I knew the circuit better, and so on. But to win at a short circuit is a different matter - it proved I can still scratch a bit, and that pleases me personally!"
Reduce to the Max
Κορυφή
Απάντηση
8 δημοσιεύσεις • Σελίδα 1 από 1